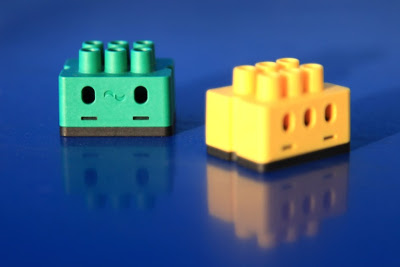 At this point almost all available GE, SW, GR and BL digitalSTROM-Devices with a set output-mode, unequal disabled, are supported by this binding. Furthermore sensor devices like the dS-iSens200 and SW-devices with binary-inputs are supported. Last but not least the circuit (dS-Meter) is supported, too. They will provide the power consumption and electric meter as channels.

For that there are identically named thing types. Only the GR type has a channel (shade), which cannot be changed. The other types add their channels dynamically affected by the set color-group and output-mode. They also automatically change or add the channels, if the color-group or output-mode has changed through the dSS-web-configuration or the configured sensor priorities of the thing has changed.

Furthermore the digitalSTROM-Scene concept is part of the digitalSTROM-Binding. These scenes are implemented as virtual things. The different scene thing types are listed in the following table.

Last but not least, the digitalSTROM-Zone-Temperature-Control is also supported, if a zone-temerature-control is configured, as thing-type zone_temperature_control. The difference between the digitalSTROM-heating-control-app is, that there are no operation-modes, like comfort or eco. You can directly set the target temperature, in case pid-control is configured, otherwise you can set the value in percent of heating valves at the zone. The needed channels will be added automatically, as it is also the case for the devices.

The digitalSTROM-Server is discovered by mDNS or dss.local. at the local network. Once the server is added as a thing, you have to set a user name and password or insert a valid application-token to authenticate with the server. If the binding is authorized, it automatically reads all supported devices, the dS-Meters and temperature controlled configured zones, that are set up on the digitalSTROM-System, and puts them into the inbox.

digitalSTROM-Scenes can be discovered, too. The background scene-discovery is deactivated by default to not flood the inbox. Otherwise it will discover so many scenes, that it can be difficult to find the searched devices.

Discoverable scenes are all user named scenes, group scenes that are reachable by local push-buttons, zone scenes and apartment scenes. The discovery also will discover all called scenes, if they aren't automatically discovered yet. Temperature control scenes, like eco will be ignored, so they cannot be discovered.

If you only want to discover one of the thing types, you can start a discovery scan on the thing type you want to have discovered. You can use the command line command, e.g.: smarthome:discovery start digitalstrom:namedScene to start the scan. Which thing types this binding supports, please have a look at Supported Things.

If the digitalSTROM-Server isn’t found automatically, e.g. because the server isn’t placed at the local network or the mDNS-service is deactivated, you have to insert the network address or URL and the authentication data manually through the graphical user interface or type it into the *.thing with textual configuration. If you use your user name and password for authentication and there is already a token for this application, it will be automatically retrieved from the digitalSTROM-Server, otherwise a new application-token will be generated.

The parameter group Server information only includes informative parameters, which have no special functionality.

Here you can set general binding configuration parameters, which are shown in following table:

At the thing file, a manual configuration looks e.g. like

In addition to the configuration the digitalSTROM-Server has the following properties.

The GE, BL and SW digitalSTROM-Devices usually have sensors to capture power consumption data. So these devices have the following parameters to read them out.

The device scene configurations will also be persisted in the properties. There are in the format:

A digitalSTROM-Meter needs, like the digitalSTROM-Devices, only the unique digitalSTROM device ID named dSID as configuration parameter, which has the same parameters, so please have a look at the point Device information.

In contrast to the digitalSTROM-Device there are other informal properties. The following table shows the available properties:

The thing type of a digitalSTROM-Zone-Temperature-Control is zone_temperature_control. As configuration only the zone ID or the zone name, to identify the controlled zone, is needed.

The digitalSTROM-Scenes can be defined with following parameters.

The Scene-Thing-Type Named-Scene and Group-Scene have all parameters. The Apartment-Scene only has the parameters Scene name and Scene ID an the Zone-Scene has all parameters without Group ID or name.

Usually the discovery works reliable, so that a manual configuration is not needed.

However, at the thing file, a manual configuration looks e.g. like

All devices support some of the following channels:

digitalSTROM-Devices with an activated output mode.

digitalSTROM-Devices which have sensors data.

*If no supported device type is at the table, digitalSTROM currently does not offer a device, which support this type of sensor.

The device scene configuration will be saved persistently to the thing properties, if the thing is not textual configured (because textual configured things will not be persisted), to update the device state faster. For that each scene configuration of each device has to be read out first, because of the digitalSTROM-rule 9 that requires a waiting period of one minute, that take some time so that at the first start a scene call can be take some time to read it out and update the device state. To read it out faster only the discovered or called scenes will be read out.

# Initial state of digitalSTROM-Scenes and devices

To get the device and scene state after a server start or restart, the binding uses the last called group scenes of digitalSTROM. Because of that there are two things to be observed:

If you configure your system with textual configuration files, like *.thing, there is one things you have to consider.

If you want to create a rule, which uses things of the digitalSTROM-Binding, there are also two things you have to consider.